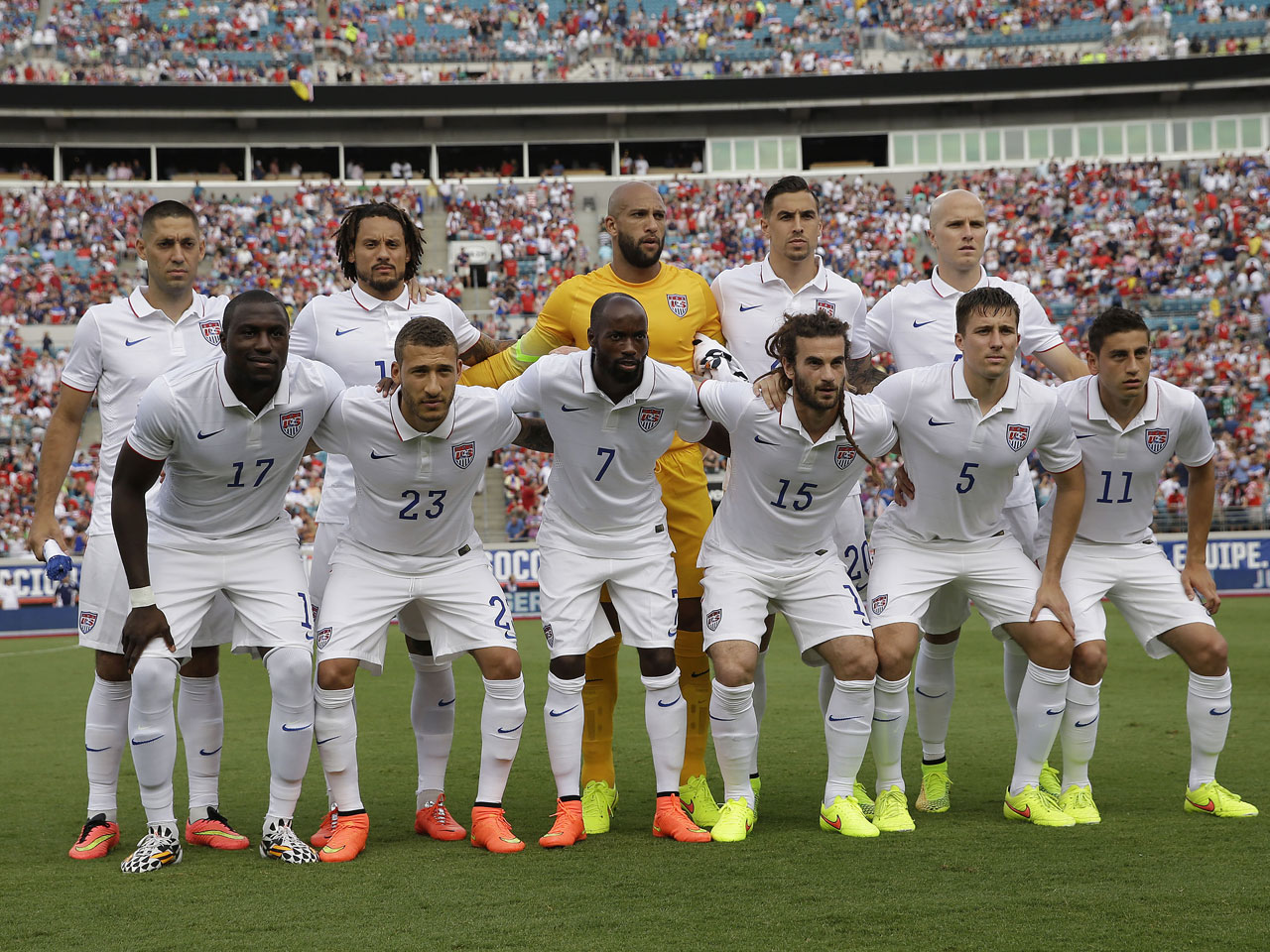 SAO PAULO - The U.S. headed to Brazil with boosted faith Sunday after going undefeated in its sendoff series for the first time.

Playing only its third match in nine months against a World Cup team, the U.S. defense appeared firmer in a 2-1 win over Nigeria following the decision to start both Jermaine Jones and Kyle Beckerman in midfield. And Jozy Altidore broke a six-month scoreless streak for club and country with a pair of goals, including a flashy effort when he cut inside Super Eagles captain Joseph Yobo and slotted in a right-footed shot from 12 yards.

"This game gives us confidence, but the whole send-off series should give us confidence," defender Matt Besler said Saturday night. "It's been a grind but at the end of the day, we accomplished everything we set out to do, and that's to get three wins. That's really all that matters."

The Americans were scheduled to travel from Jacksonville, Florida, to Miami on Sunday, then board a commercial flight for the roughly nine-hour trip to Sao Paulo, South America's largest city with a population of about 11.3 million. They will base at a downtown hotel and train at Sao Paulo FC, where they tested the facilities in January.

Logistically, it will be similar to their downtown stays at Seoul in 2002 and Hamburg, Germany, in 2006. But after having the shortest travel at the 2010 World Cup, where they traveled by bus from their base in Irene, South Africa, to games in Rustenburg, Johannesburg and Pretoria, the Americans have the most distance to cover in the first round - a 9,000-mile odyssey to games in the northeastern cities of Natal and Recife around a trip to the Amazon rain forest capital of Manaus.

Their opener is June 16 against Ghana, a team similar in style to African champion Nigeria.

"That's the reason why we played this game, to kind of hopefully see maybe some of the things that Ghana will do," Altidore said. "Obviously, it won't be the same. But we hope we take the things that we did well today to the Ghana game and try to use that to our advantage."

U.S. coach Jurgen Klinsmann knows defense is a key for an American team that constantly went behind during the 2010 tournament, when the Americans advanced to the knockout stage despite leading for all of 3 minutes, 15 seconds in the first round - after Landon Donovan's injury time goal against Algeria.

Based on Saturday, Jones and Beckerman could start together against Ghana.

"We know Kyle, that is his specialty to protect his teammates, to cover his teammates, to run endless miles for his team," Klinsmann said. "Jermaine in that kind of half position has more freedom to also go more forward so he kind of switch back and forth with Michael Bradley there. He knows there's somebody behind me, so if I lose the ball in my run, he's going to clean up for me. I think it worked out really well."

Most of Klinsmann's starting lineup appears set, with Tim Howard set to become the first American starting goalkeeper at consecutive World Cups since Tony Meola in 1990 and '94.

Besler and Geoff Cameron form the first U.S. central defensive pairing with no World Cup experience since 1990. Fabian Johnson has won the right back job, and DaMarcus Beasley appears to have edged out Timmy Chandler at left back and moved in position to become the first American male to play at four World Cups.

The biggest question appears to be who will join Jones, Beckerman and Michael Bradley in the midfield, with Alejandro Bedoya seeming ahead Graham Zusi and Brad Davis. Captain Clint Dempsey and Altidore start up front.

No American forward has scored at the World Cup since Brian McBride in 2002, so much focus has been placed on Altidore and his confidence.

"He's our horse. We've made no bones about that. It's no secret," Howard said. "We have to ride him. He has to put us on his back and score some goals for us. He's shown he can score goals in bunches for us. Jozy is just fantastic. He just shows how he can turn it on."