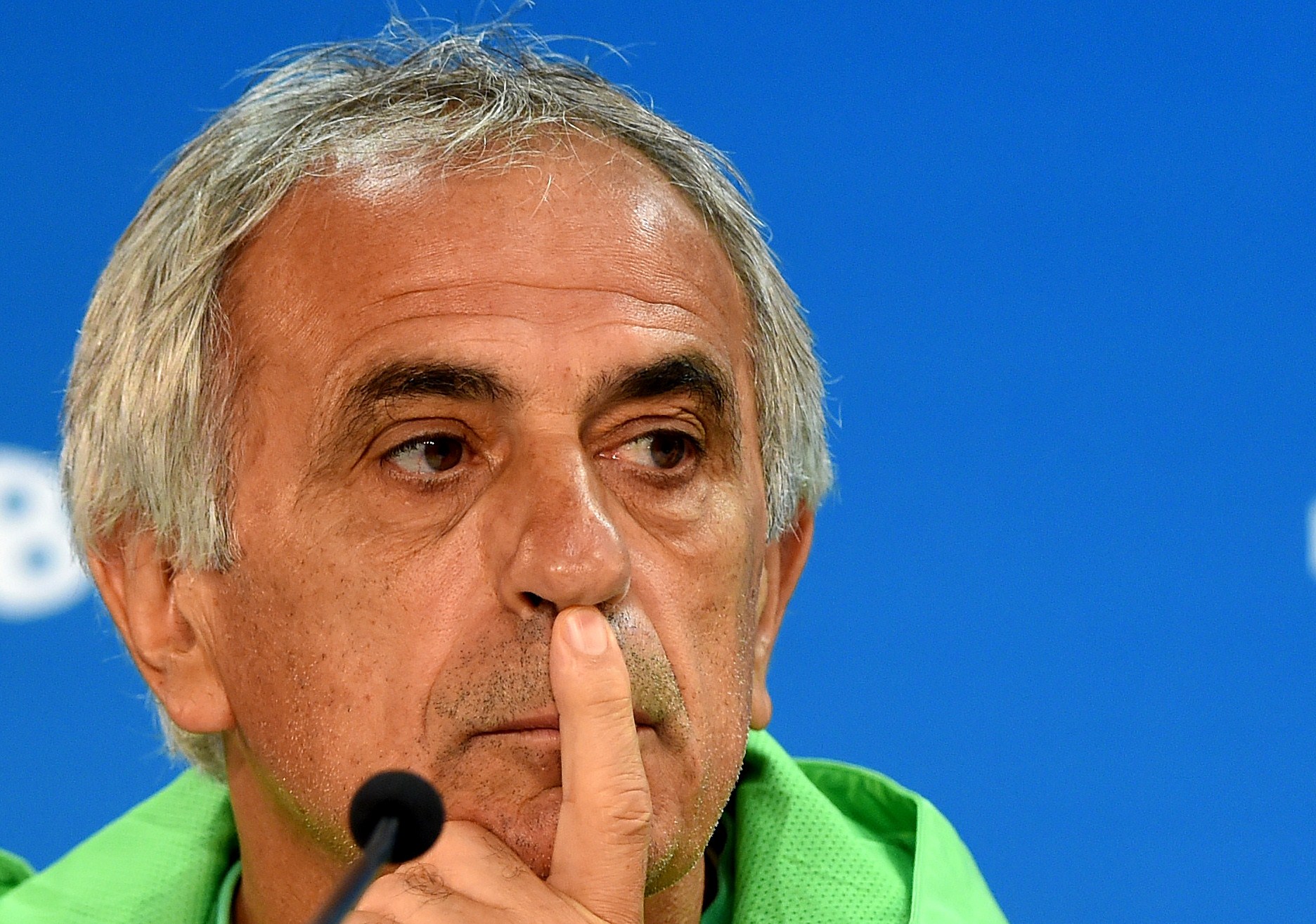 PORTO ALEGRE, Brazil -- Algeria's players are being left to decide whether or not they observe the Ramadan fast during Monday's World Cup game against Germany, with coach Vahid Halilhodzic saying it's not a divisive issue.

Observant Muslims avoid food and liquids from dawn to dusk during Ramadan but can, and often do, skip it if travelling or doing hard physical labor. Some devout Muslim athletes choose to fast during training or competition, but it can create selection difficulties for the coaches in team sports.

Halilhodzic, who has testy relations with sections of the Algerian media and its football association, threatened to leave a news conference Sunday if questions persisted on the topic. He said critics were using the issue to "try and raise hatred of me and my family. This is really disgusting."

The national football association released a statement denying a report in Algeria's leading football newspaper suggesting that Halilhodzic, a Muslim, had ordered players not to fast. It's a potentially sensitive allegation in the mostly Muslim country.

According to the New York Times, dozens of Muslim players are still competing in the World Cup, including Karim Benzema of France and Mesut Özil of Germany. But Ron Maughan, a professor of sports nutrition, told the Times that it is difficult to gauge what, if any, effect fasting would have on players.

"There are so many variables in football that it would be almost impossible to show an effect," Maughan said.

When Yaya Toure and Karim Benzema will have to decide whether to fast during daylight hours or postpone until their country's tournament is over. In Brazil, such are the hours of daylight, fasting would equate to about 13-and-a-half hours without food or liquids.

Toure told The National he would not consider it. "Fasting? Have you seen the weather? I would die," he said.

According to the National, the 2014 World Cup marks the first time in 28 years that Ramadan has overlapped with soccer's big event.

The federation said Halilhodzic had been "very respectful" of the religion in his three years at the helm of the national team.

The veteran coach, a French-Bosnian, said fasting was a "private issue and players will do exactly as they wish."

"When you ask this question you lack respect and ethics. I would like this to stop. Stop this controversy. Talk about football," he said, in response to repeated questions at the official pre-match news conference. "And stop asking me about Ramadan, otherwise I will get up and leave."

The match Monday kicks less than an hour before sunset in the southern Brazilian city of Porto Alegre.

The Algeria lineup has been impressive in its three group games, and had its best attacking display so far in a 4-2 win over South Korea. Halilhodzic started that match with five new players following its opening 2-1 defeat to Belgium. They followed that up with a 1-0 win over Russia to reach the knockout rounds for the first time.

"We will do everything we can to try and win this match, but (the Germans) are of a higher quality, more experienced and basically better than us," Halilhodzic said. "We shall prepare for this game as the most important in our career. We will give it our all."

Algeria shocked West Germany 2-1 in the group stages of the 1982 World Cup, in what was a colossal upset at the time.

But the team didn't make it through to the qualifying rounds after the Germans and Austria played out a mutually advantageous result in their last group match in one of the most infamous World Cup episodes.

The build up to Monday's match has focused on whether this is now the opportunity for Algeria to avenge what has become known as the "Disgrace of Gijon."

But Halilhodzic and Germany coach Joachim Loew downplayed that Sunday, noting that the vast majority of players were not born when it occurred.

"This is history. There are many things that occur in football. I would like this wonderful championship to finish in a different way," Halilhodzic said.