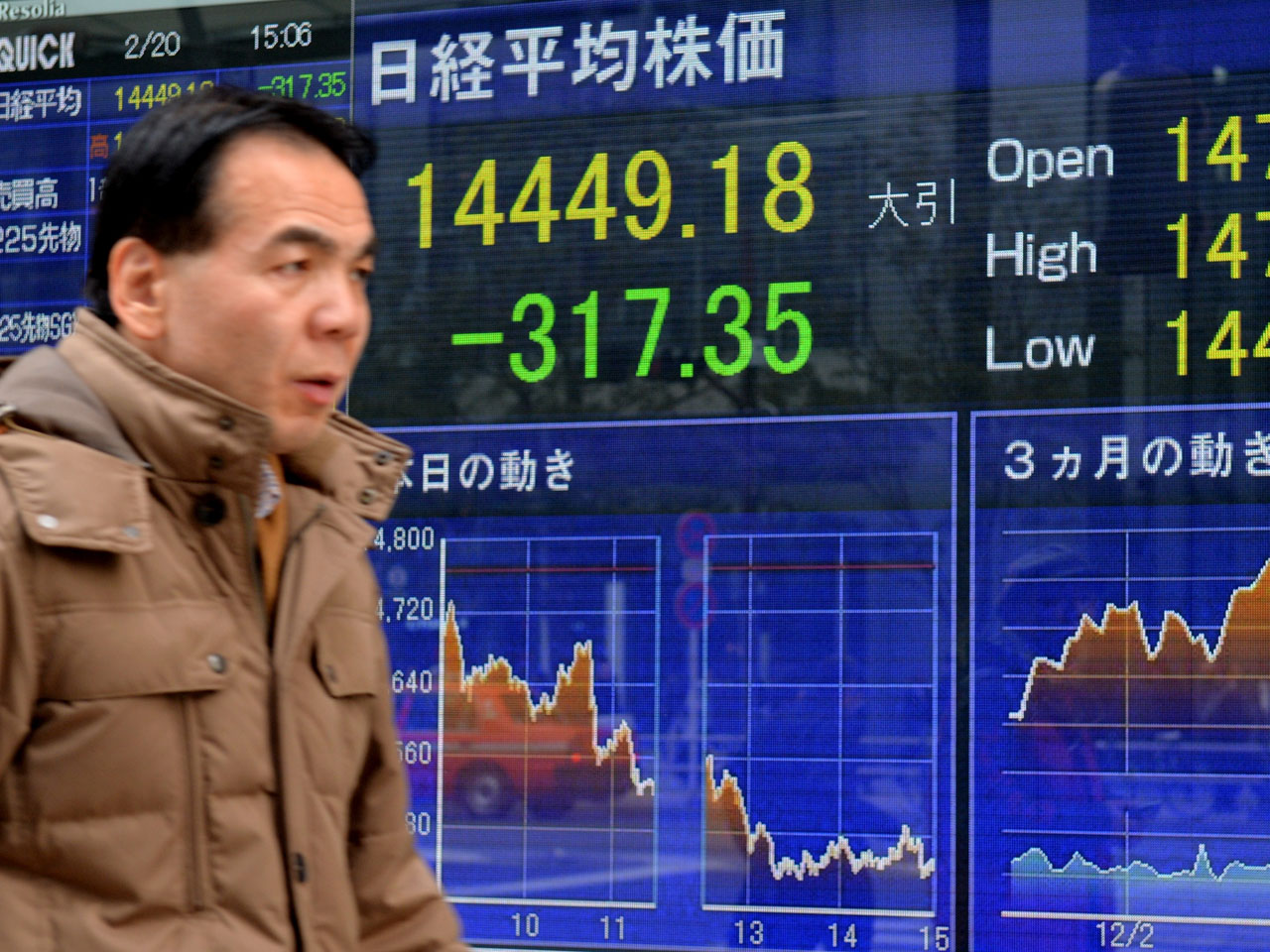 China's manufacturing tumbled to a seven-month low in February, according to the preliminary results of a HSBC survey of factory purchasing managers.

That added to negative sentiment from news that some U.S. Federal Reserve policymakers believe short-term interest rates should be raised sooner than markets had been anticipating.

Wall Street was poised for a sluggish day with Dow Jones and S&P 500 futures both down 0.2 percent.

"Markets will see a correction for a while as China's manufacturing data was not great and the Fed minutes didn't have favorable news," said Bae Sung-young, a market analyst at Hyundai Securities Co. in Seoul.

Overall, China's economy is "on track to recovery" so the impact on markets isn't likely to be lasting, he said.

Stocks were down in Taiwan, Thailand and Singapore while benchmarks in Indonesia and Australia had marginal gains. After trading in positive territory, China's Shanghai Composite edged down 0.2 percent to 2,138.78.

Minutes of the Fed's last meeting revealed that some policymakers "raised the possibility that it might be appropriate to increase the federal funds rate relatively soon."

That came as an unwelcome surprise to many investors, who haven't had to worry about increases in the Federal Reserve's benchmark short-term interest rate for about five years.

HSBC Corp. said the preliminary version of its monthly purchasing managers' index fell to 48.3 from January's 49.5 on a 100-point scale. Numbers below 50 show activity contracting.

China's economic activity has slowed steadily as the government tries to cool an investment boom and encourage more sustainable growth based on domestic consumption.

Investors are waiting for a Group of 20 meeting of finance ministers and central bankers in Sydney this weekend. They are expected to discuss how to assuage jitters in emerging markets as the U.S. Fed reduces stimulus measures.

In energy market, benchmark U.S. oil for March delivery was down 24 cents to $102.59 a barrel in electronic trading on the New York Mercantile Exchange. The contract gained 74 cents to $102.84 on Wednesday,