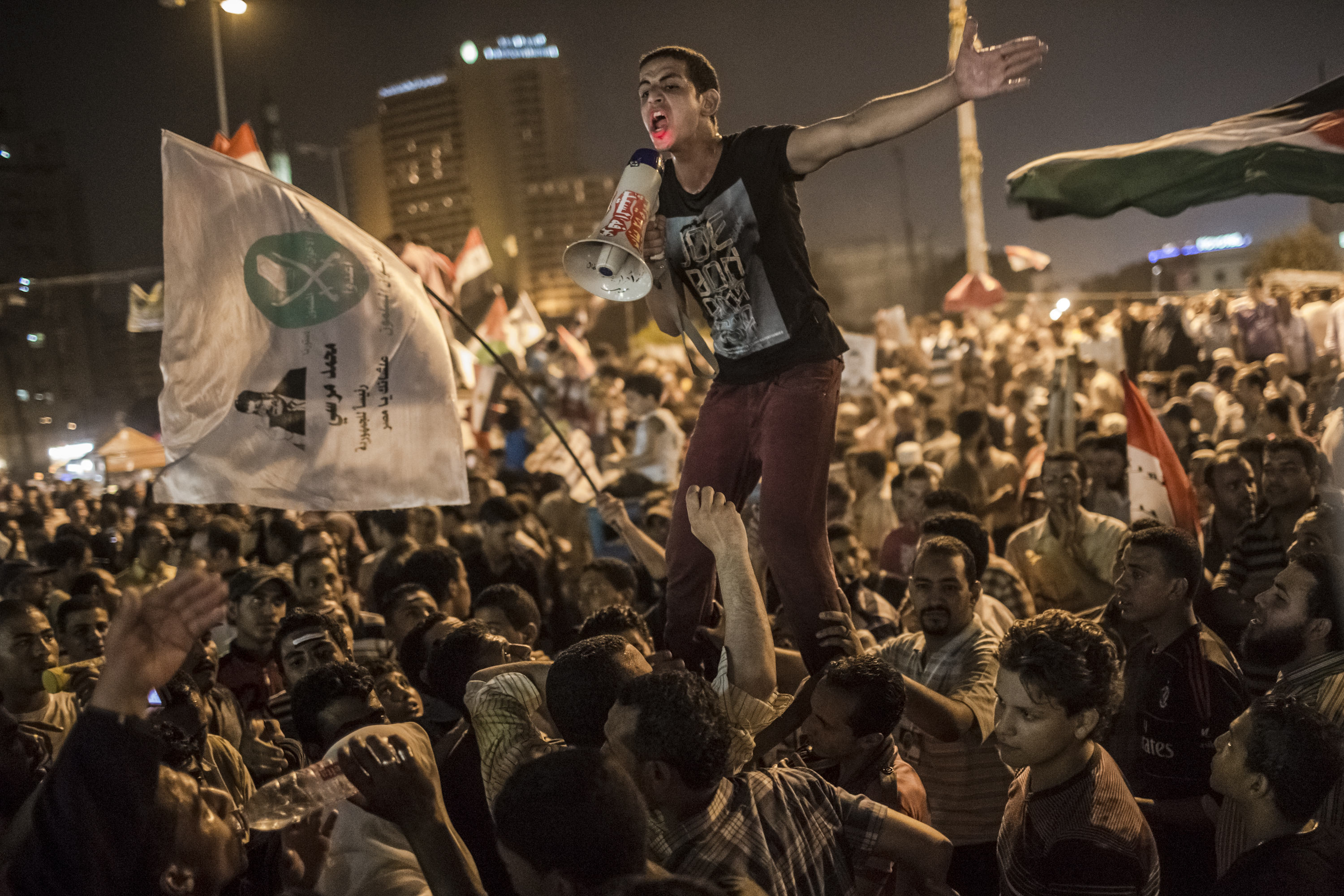 (CBS/AP) WASHINGTON - The Obama administration warned Egypt's military leaders on Monday to speedily hand over power or risk losing billions of dollars in U.S. military and economic aid to the country.

As Egypt's Islamist candidate claimed victory in a presidential run-off, Pentagon and State Department officials expressed concern with a last-minute decree by Egypt's ruling military council giving itself sweeping authority to maintain its grip on power and subordinate the nominal head of state. The move followed last week's dissolution of parliament by an Egyptian court.

"This is a critical moment in Egypt, and the world is watching closely," State Department spokeswoman Victoria Nuland told reporters. "We are particularly concerned by decisions that appear to prolong the military's hold on power."

CBS News correspondent Allen Pizzey reports the ploy will give the Supreme Council of the Armed Forces (SCAF) more power than the president - including control over the country's budget. The military will crucially also determine who writes the permanent constitution that will define the country's future, including the powers of the president. Added to that is a decree granting the security forces wide powers of arrest and detention, which amounts to martial law, without the name.

Pentagon press secretary George Little said the U.S. was troubled by the timing of the military leaders' announcement, just as polls closed Sunday night for the presidential election. He said the U.S. would urge them "to relinquish power to civilian elected authorities and to respect the universal rights of the Egyptian people and the rule of law."

The military council pledged Monday to hand over power to the new civilian authorities by the end of the month.

But the new military powers and the recent collapse of Egypt's first freely and fairly elected parliament have Washington concerned about the perilous state of Egypt's democratic transition. The Obama administration has sought to safeguard its interests while championing change in Egypt. Sunday's election runoff were the second round of the first presidential elections after three decades of authoritarian rule under Hosni Mubarak, who made Cairo a bulwark of American influence in the Middle East before being pushed from power in February 2011.

Nuland said Egypt's military authorities need to "restore popular and international confidence in the democratic transition process" by ensuring an inclusive constitution-writing process, a democratically elected parliament and a swift handover of power to a civilian government.

And asked about calls from Congress for a review of U.S. military aid to Egypt, which the administration granted a waiver for in March, she said the U.S. was laying down "clear markers" for Egypt's ruling council to follow.

"The decisions that are taken in this crucial period are naturally going to have an impact on the nature of our engagement with the government and with the (military council) moving forward," she said. Military leadership have "made a commitment to allow a transfer of democratic power, and we want to see them meet those commitments," adding that all aspects of U.S.-Egyptian relations could be affected.

The new constitutional amendments pushed through by Egypt's military leadership strip the president of almost all significant powers. The military decreed that it will have legislative authority after a court dissolved parliament, it will control of the drafting a new constitution and will not allow civilian oversight of its significant economic interests or other affairs.

Also Monday, Nuland condemned an attack in Israel by militants who crossed over from Egypt's turbulent Sinai desert before opening fire, killing an Israeli worker. Two assailants were shot dead in the ensuing gunfight with Israeli troops, though no group claimed responsibility. The incident underscored growing lawlessness in the desert since Mubarak's ouster 16 months ago.

"We remain concerned about the security situation in the Sinai Peninsula and call for restraint on all sides," Nuland told reporters. "We encourage the Egyptian government to find a lasting resolution to the issue of Sinai security."