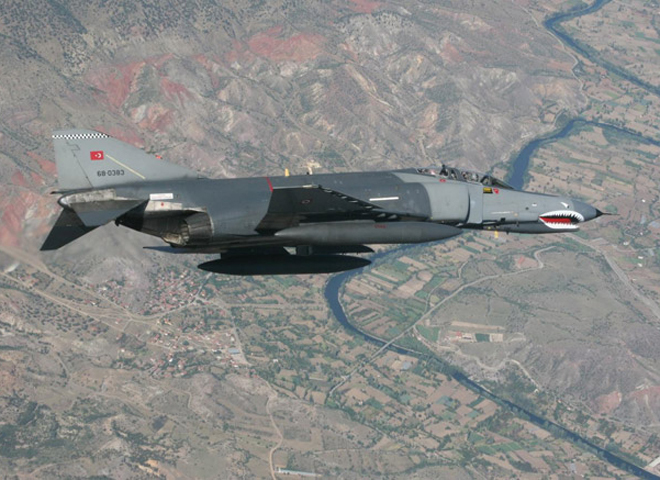 (CBS/AP) ANKARA, Turkey - Turkish state TV says wreckage of a plane shot down by Syria has been found in the Mediterranean at a depth of 1,000 meters.

NATO's governing body will meet Tuesday to discuss the Syrian downing of a Turkish fighter plane, a spokeswoman for the Alliance said.

Turkey called for the emergency meeting, saying its plane was shot down by Syria in international airspace.

Turkey sought the meeting Tuesday over Article 4 of the NATO charter concerning Friday's incident. The article says member countries "will consult together whenever, in the opinion of any of them, the territorial integrity, political independence or security of any of the parties is threatened."

Turkey's Foreign Minister Ahmet Davutoglu told State TV Sunday that the jet was downed in international airspace after it mistakenly entered Syria, but the plane was not on a spying mission.

He said the plane entered Syrian airspace on Friday, but quickly left when warned by Turkey.

The plane had no "covert mission related to Syria," and it was purely on a training flight to test Turkey's radar capabilities, Davutoglu asserted. He said the plane was then shot down by Syria in "international airspace" several minutes after it left.

Syria on Saturday insisted the shooting down of the plane was "not an attack," and that the plane had violated its airspace.

In a release by the state-run SANA news agency issued Saturday, a military spokesman said that the target entering Syrian airspace "was dealt with according to laws observed in such cases."