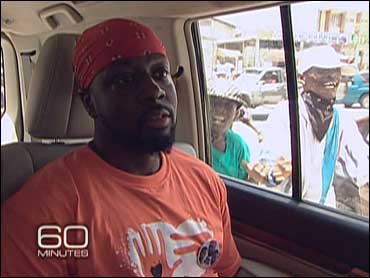 Groups that vet charities are raising doubts about the organization backed by Haitian-born rapper Wyclef Jean, questioning its accounting practices and ability to function in earthquake-hit Haiti.

Even as more than $2 million poured into The Wyclef Jean Foundation Inc. via text message after just two days, experts questioned how much of the money would help those in need.

"It's questionable. There's no way to get around that," said Art Taylor, president and chief executive of the Better Business Bureau's Wise Giving Alliance, based in Arlington, Va.

Taylor reviewed Internal Revenue Service tax returns for the organization also known as Yele Haiti Foundation from 2005 through 2007. He said the first red flag of poor accounting practices was that three years of returns were filed on the same day - Aug. 10 of last year.

"Here's the bottom line: for an earthquake of catastrophic proportions, do people really believe that this organization is in a position to do anything right now?" he said.

Jean, a 37-year-old Grammy-winning artist, has been imploring followers to text "Yele" to 501501 to donate $5 to his foundation in support of Haitian earthquake victims.

An Associated Press review of tax returns and independent audits provided by Jean's foundation showed that it was closely intertwined with Jean's businesses.

Three of the five foundation board members - Jean, Jerry Duplessis and Seth Kanegis - are involved in his personal music and business endeavors.

According to an IRS tax return from 2006 reviewed earlier by the Web site The Smoking Gun, the foundation paid $250,000 to buy airtime from Telemax S.A., a for-profit TV station in Haiti that is majority owned by Jean and Duplessis.

Part of that money went to pay for a concert in Haiti put on by Jean himself, Locke said.

Another $160,000 that year was spent on a concert in Monte Carlo that Jean participated in, of which $75,000 paid for backup singers and $25,000 went to Jean through a company he owns with Duplessis, Platinum Sound Recording Studios Inc., Locke said.

"I'm not saying he didn't benefit from it," said Locke, who says his own salary is $8,100 a month after taxes. "We were paying that to Platinum Sound because that covered the cost of him participating in the event."

Locke argued that the foundation took in "several hundred thousand" dollars in exchange for Jean's work through the proceeds of an auction.

Sandra Miniutti, vice president of marketing for Charity Navigator, an organization that evaluates charities, said the foundation was too small to have been examined recently, although the current flood of goodwill may change that. Its revenue in 2008 was $1.9 million.

"My concern is it goes against our first tip, and that is to give only to groups with experience with disaster relief," Miniutti said. "I think it's very hard for a new organization even with the best intentions to handle something on this magnitude."

Locke said the foundation has been directly involved in delivering food and providing clean-up services in many disasters, including the hurricanes that devastated Haiti in late 2008. Jean's standing among Haitians can help the foundation gain access to gang-controlled or other troubled regions, he said.

"We have a niche which no one else occupies," Locke said.

He said the foundation is now seeking bridge financing to allow it to use money that has been pledged in unprecedented volumes by text message.

It could take at least a month for donors' money to flow in because it is not released until they pay their phone bills.

That delay presents a challenge and an opportunity, the Better Business Bureau's Taylor said.

"The challenge is they can't do anything until they get the money," Taylor said. "The opportunity is that some people may change their minds and decide that $10 or whatever they text to him might be better used somewhere else."

Local Video from CBS4 in Miami