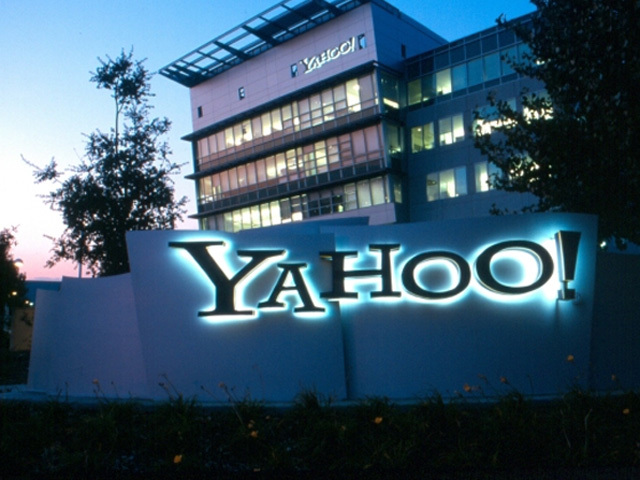 (MoneyWatch) Yahoo (YHOO) appears set to get a new CEO -- by default: One of the two remaining candidates for the post has dropped out of the race.

The search for a new chief executive at the ailing Internet company was down to current interim CEO Ross Levinsohn and Hulu CEO Jason Kilar. As AllThingsD's Kara Swisher notes, it came down to a choice of Yahoo becoming more of a media product company under Kilar, who had previously spent time as an executive at Amazon.com (AMZN) and Walt Disney (DIS), or sticking with Levinsohn, who has more of an online advertising background, with stints at Fox Interactive Media group and HBO.

A third candidate was reportedly in the running, News Corp. (NWSA) Chief Digital Officer and former AOL chief Jonathan Miller. But he removed himself from contention, apparently because of his friendship with Levinsohn.

Inside Yahoo, word is that Levinsohn's the oneYahoo CEO steps down after resume flap
Commentary: Musical chairs at Yahoo

Whoever ends up leading Yahoo, the bigger question is whether the company will get the change in strategy it needs to boost its performance and regain some of its past glory. As an executive, Kilar has been successful in managing a new type of streaming business. Before becoming interim CEO, Levinsohn was executive vice president and head of global media for Yahoo. He was in charge of strategy, engineering, and content.

Breaking out of Yahoo's traditional way of doing business, which has resulted in the company struggling as it  moved to more social network-driven usage, might be difficult for Levinsohn. Yet there is another consideration for Yahoo's board: stability.

The company has had years of management turmoil, with particular problems in the corner office. Yahoo's performance had sharply declined when co-founder Jerry Yang acted as CEO. Then came Carol Bartz, who was eventually fired after more than two years in the office. Scott Thompson, hired in January, lasted only a few months until questions about his resume raised the ire of several major stockholders and forced him to resign.

That scandal was an embarrassment for the recently overhauled board, which seemed gun-shy about hiring another outside chief. The remaining question -- one that will only be resolved if Yahoo's performance improves -- is whether Levinsohn can succeed where a string of others have failed.