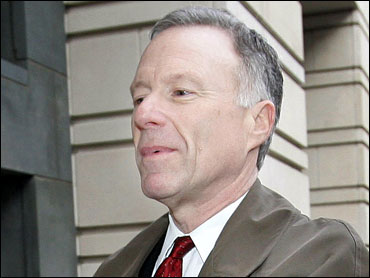 In a stunning reversal, Bernie Williams turned down the Boston Red Sox and stayed with the New York Yankees, agreeing Wednesday night to an $87.5 million, seven-year contract.

Williams' agent, Scott Boras, was pulled out of a meeting with Rockies owner Jerry McMorris at Coors Field in Denver, taking a telephone call from Yankees owner George Steinbrenner to finalize the deal.

"I'm very happy the whole thing is over with," Williams, who was in Puerto Rico, said during a telephone conference call. "Now I can concentrate on my team defending the title."

Williams, who also had been courted by the Arizona Diamondbacks, gets a $2.5 million signing bonus, $9.5 million next year and $12 million in each of the following six seasons.

The Yankees have a $15 million option for 2006 with a $3.5 million buyout. If the option is exercised, the deal would be worth $99 million over eight years.

"The Red Sox obviously jumping in like they did certainly sped the process up to get us a lot higher than we were before," Yankees general manager Brian Cashman said from the team's spring training complex in Florida.

In re-signing with the Yankees, New York ended negotiations with Albert Belle, whose only visible suitor is the Boston Red Sox. There also are rumors Baltimore might be making an offer.

Williams, New York's center fielder and cleanup hitter, won the American League batting title this year and was a key personality on a team that went 114-48 during the regular season and 11-2 in the postseason, sweeping San Diego in the World Series.

"It came down to the fact that I wanted to be a Yankee, I wnted to remain a Yankee for the rest of my career," Williams said.