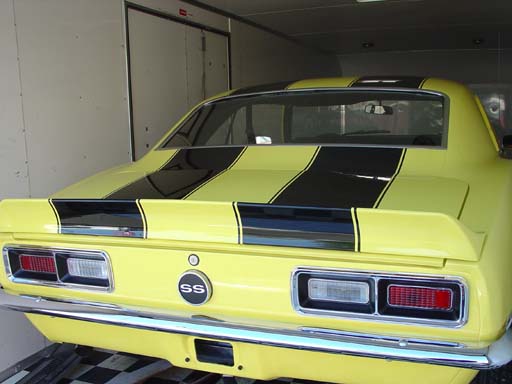 The New York Yankees acquired Jose Canseco on Monday, claiming him off waivers from the Tampa Bay Devil Rays and adding another strong bat to their lineup.

"Hopefully he can affect a few games for us down the stretch and be a positive impact as we try to" win a third consecutive World Series, Yankees general manager Brian Cashman said.

The 36-year-old slugger is hitting .257 with nine homers and 30 RBIs in 61 games this season. He missed 46 games with a strained left heel.

"Canseco can give us a quality right-handed bat to help our production," Cashman said. "He gives Joe (Torre, Yankees manager) another quality option off the bench or in the DH role, depending on how he sees fit."

Canseco has 440 homers more than any player acquired by the Yankees and is 24th on the career home run list. A favorite of owner George Steinbrenner, he will be used mostly as a designated hitter.

Canseco has had many health problems most notably a bad back in a career that includes winning the MVP unanimously with Oakland in 1988, the same season he became the first player to hit 40 homers and steal 40 bases. But the Yankees are convinced that health will not be an issue.

"He's had no problems with his back this year," Cashman said.

"I definitely think if I had someone else's back, I could play until I'm 45 easily," Canseco joked during spring training. "I'll probably have the most home runs compared to the most surgeries."

Last season, Canseco was leading the AL with 31 homers before undergoing surgery to repair a herniated disc in his back just before the All-Star break. He returned Aug. 19, two weeks earlier than expected, but a hand injury contributed to him hitting just three homers the rest of the season.

The Yankees inquired about Canseco before last month's trade deadline, but were told by Tampa Bay that he was not available because he was part of the Devil Rays' future. That apparently changed very quickly.

The Yankees, who paid Tampa Bay a $20,000 waiver fee, will be responsible for the remainder of Canseco's $3 million contract this season, which will be just under $1 million. The Yankees hold a $4 million lub option for next season with a $500,000 buyout.

The Devil Rays tried to work out a deal with the Yankees, but when Cashman was unwilling to give up any players, Tampa Bay decided to shed his salary.

"We are very aggressive on the way we claim players," Cashman said. "Essentially we got a player for nothing."

The Yankees were three games behind Toronto in the AL East when they acquired David Justice on June 29 from Cleveland. They have gone 21-12 since then helped by the Denny Neagle trade on July 12 and have a 3 1/2-game lead.