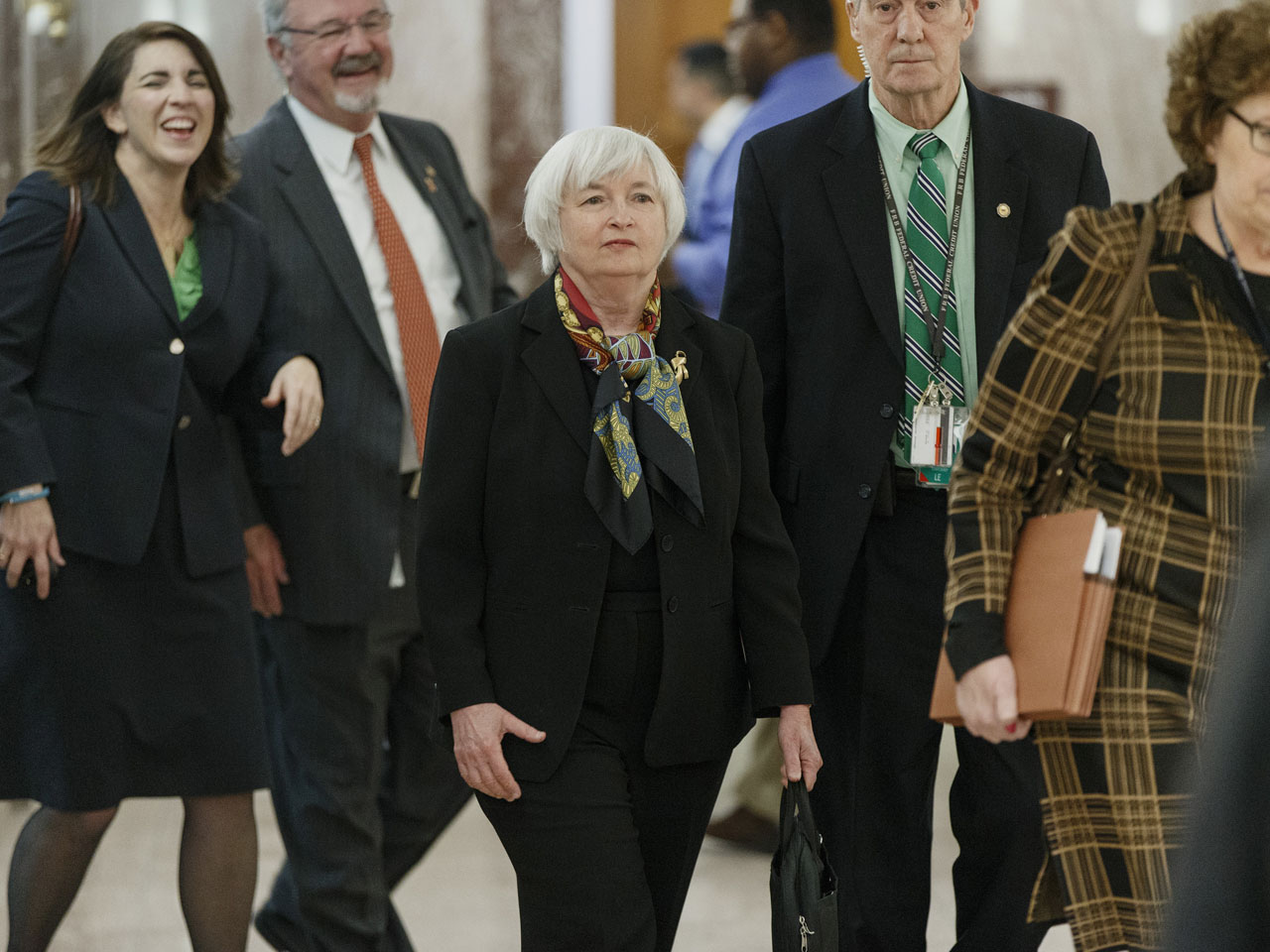 WASHINGTON - Federal Reserve Chair Janet Yellen noted Thursday that some recent economic data have pointed to weaker-than-expected gains in consumer spending and job growth. She said the Fed will be watching to see whether the slowdown proves only a temporary blip caused by severe winter weather.video

Yellen told the Senate Banking Committee that the Fed will be alert to upcoming data to make sure that the U.S. economy keeps strengthening.


"We have seen quite a bit of soft data over the last month or six weeks," Yellen said. "We need to get a firmer handle about how much of the softer data can be explained by the weather."

Responding to a question, Yellen repeated the Fed's assurances that its pullback in stimulus for the economy is "not on a preset course" and could be modified if there was a "significant change" in the Fed's outlook. The Fed is gradually reducing its monthly bond purchases, which have been intended to keep long-term loan rates low to encourage spending and growth.

Yellen said that while she was open to changing the pace of the Fed's reductions in bond purchases, "I wouldn't want to jump to conclusions" that such a change will be needed.

Yellen repeated remarks she made to a House committee earlier this month that the job market's recovery is "far from complete." She said she expects Fed policies to favor low interest rates "for quite some time."

Yellen's appearance Thursday completed her first twice-a-year report to Congress since becoming Fed chair this month. Her Senate appearance had been postponed by a snowstorm that shut federal offices in Washington on Feb. 13.

In both her House and Senate appearances, Yellen sought to emphasize policy continuity with her predecessor, Ben Bernanke, who stepped down last month after eight years leading the central bank.

Yellen said that she, like Bernanke, believed the economy is strengthening enough that the Fed can gradually pull back its monthly bond purchases.

The Fed has cut the pace of bond purchases at both its most recent meetings. It reduced the original $85 billion monthly pace in December and again in January in $10 billion steps to a current level of $65 billion.

Many economists think that as long as the economy keeps improving, the Fed will keep cutting the bond purchases by $10 billion at each meeting this year until ending the program in December.

The Fed has stressed that it's standing by a plan to keep a key short-term rate at a record low near zero for an extended period. At the past two meetings, it has said short-term rates will remain low "well past" the time unemployment drops below 6.5 percent. The unemployment rate is now 6.6 percent.

Many economists think the first rate hike won't occur until late 2015. But minutes of the Fed's last meeting showed that "a few" policymakers felt it might be appropriate to make the first move to raise short-term rates "relatively soon."

The Fed has held its benchmark for short-term rates near zero since December 2008.

The discussion revealed in minutes of the Jan. 28-29 meeting, released last week, drew the attention of financial markets. The "few" Fed officials who raised the possibility of a rate hike weren't identified.

But some Fed officials have worried that all the moves to provide support for the economy through trillions of dollars in bond purchases and ultra-low rates could eventually spark inflation pressures.

But economists believe this Fed group remains in the minority. Yellen and many other Fed officials say the economy still needs support from the Fed until the job market and economic growth improve further. They note that inflation remains well below the Fed's 2 percent target.