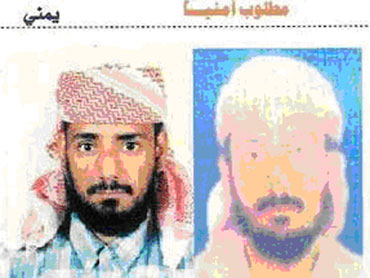 Yemeni security forces killed a suspected al Qaeda figure and arrested four others in a raid on a house in a remote mountainous province, the region's governor said Wednesday.

The violence comes as Yemen has stepped up its operations against al Qaeda with increased help from the United States, which has ramped up its funding and training of the Yemeni security forces. Washington says al Qaeda's offshoot in the Arabian Peninsula country has become a global threat after it allegedly plotted the Christmas Day attempt to bomb a U.S. passenger jet.

Shabwa province is one of several where hundreds of al Qaeda fighters are believed to have gained refuge, some protected by tribes disenchanted with the central government.

Shabwa's governor, Ali Ahmadi, identified the slain militant as Abdullah Mizhar, a native of the province who was on the list of wanted al Qaeda figures. Ahmadi told reporters he was killed in a raid on a house Tuesday night.

Security forces surrounded the house in the mountainous region of Maysaa, about 230 miles southeast of the capital, San'a, and exchanged fire with about 20 militants inside, security officials said, speaking on condition of anonymity because they were not authorized to talk to the press.

During the fighting, Mizhar was killed, four others were arrested, but the rest escaped, the officials said.

Meanwhile, suspected al Qaeda fighters ambushed a security forces patrol before dawn Wednesday on a winding mountain road near the provincial capital Ataq, the officials said. Two members of the security forces were killed and four others wounded in the fighting at Nakaba, south of Ataq, they said.