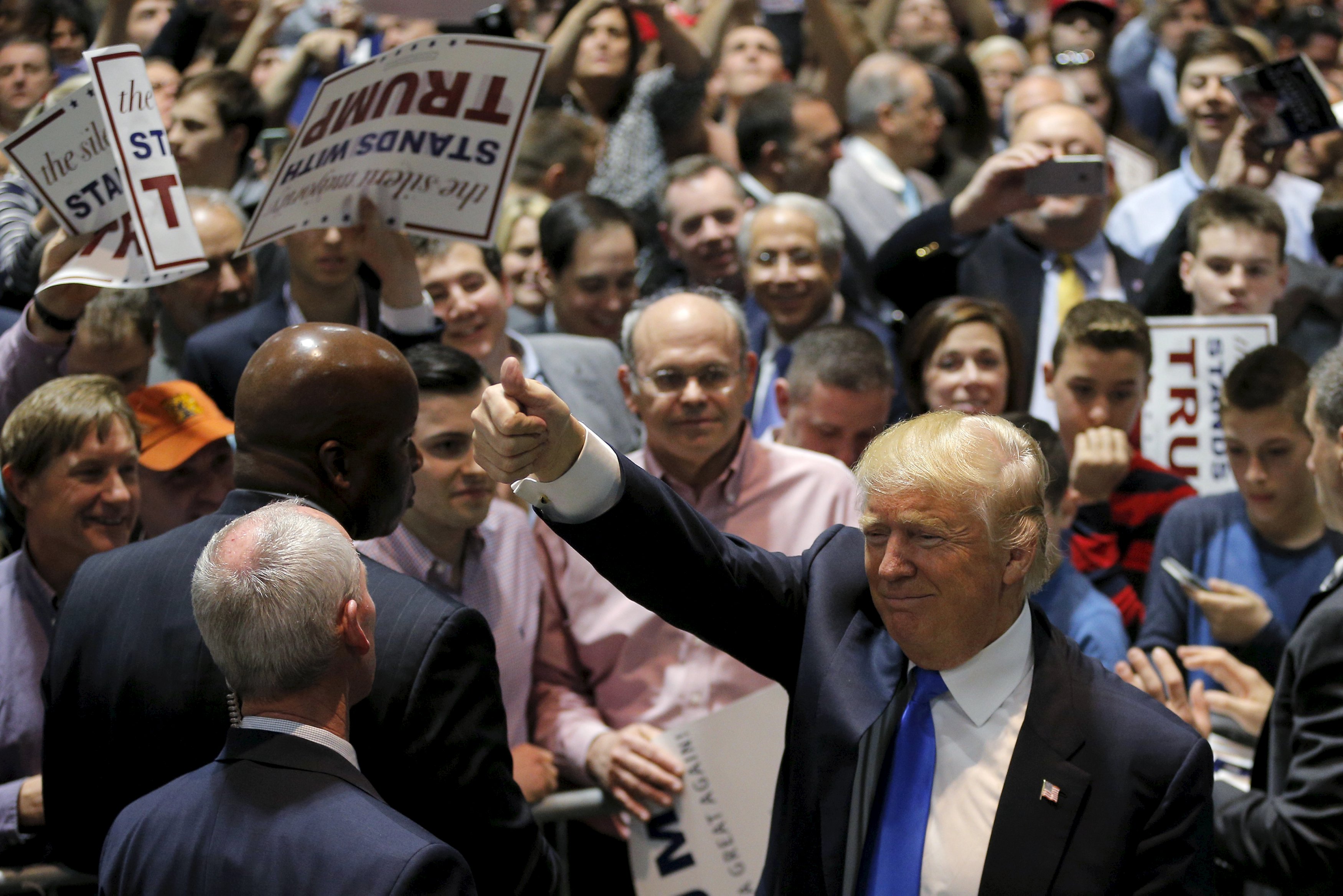 How would Donald Trump fare in a general election against Hillary Clinton? The conventional wisdom is that he wouldn't stand a chance. The GOP is divided. His campaign, despite a recent spate of landslide primary wins, appears to have its own civil war going on. His favorability numbers are at historic lows for a nominee.

The case against Trump's electability is strong. But it is also perhaps overstated. The Manhattan billionaire does have a narrow path to the White House. In fact, he may be the GOP's most electable option at this point, at least among the candidates who are actually still running for the job.

John Kasich argues he's the only guy who can beat Clinton, an idea mostly predicated on his performance in head-to-head election polls. But head-to-head polls this far out, historically speaking, are not all that predictive, and Kasich has struggled to turn his on-paper attractiveness into actual votes at the ballot box.

Ted Cruz, meanwhile, would likely be the most right-wing nominee since Barry Goldwater. His act appears to have worn thin among even the Republican grassroots, his natural constituency. Cruz might somehow still manage to pull the nomination away from Trump, but there's approximately zero reason to believe he can win over the swing voters who typically decide presidential contests.

So back to Trump, who still has a few things going for him. His general election strategy, such as it is, seems to be predicated on two strategies: pivot left as far as possible and launch a scorched earth campaign against Clinton.

Let's look at these one at a time. On the face of it, insulting your way to the presidency seems like a stupid, unworkable idea. Then again, Clinton has shown herself vulnerable to attacks on her character, not to mention her husband's.

The reaction to Rosario Dawson's in-passing reference to Monica Lewinsky over the weekend shows how sensitive the Clinton camp is to such things. Lewinsky is a sympathetic figure wrapped up in a sympathetic cause; Dawson only said that she agrees with her anti-bullying efforts. And yet still there were calls for Dawson to get off the trail for Bernie Sanders, that she had somehow crossed a line just by mouthing the word "Monica."

What happens when Trump, after Hillary inevitably accuses him of sexism, says that Bill is a rapist, a serial assaulter of women, and that she is his enabler? What happens when he incorporates this into his stump speech? The upside, if you can call it that, to Trump's refusal to act "presidential" is that he is the only candidate who will go that far. Trump, and Trump alone, is the only candidate who would not only resurrect all the Clinton sex scandals, but make them a centerpiece of his campaign.

It could backfire, sure. But the fact is we have no idea how Trump dredging up all this will play, particularly among the younger voters Hillary will be somewhat dependent on. We don't know how Americans who've grown up marinating in discussions of rape culture, who watched the Cosby and Catholic and Dr. Luke scandals unfold, would respond to the renewed visibility of someone like Juanita Broaddrick.

And that's just the sex stuff. The Clintons are no strangers to scandals financial and otherwise, and while bringing up all that baggage, in some cases discredited, would seem too-low for a normal candidate, Trump will almost certainly embrace all of it.

Hillary's weak points aside, Trump also has one main advantage, which is that he'd be probably the most moderate nominee in decades. Now, Trump is not normally what we think of when we think of moderates - "reactionary moderate" is perhaps the best term to describe him. But border walls and Muslim bans aside, Trump really most closely resembles an old-school northeastern centrist Republican.

Trump likes the welfare state. He's made protecting entitlements central to his pitch. It's safe to say that he's likely, at heart, socially liberal -- the story of how he became anti-abortion, for example, doesn't make a great deal of sense. (That story, in brief: friends of his debated having an abortion. They did not. The kid turned out to be "a winner." When pressed if he would have stayed pro-abortion if the kid was a loser, Trump once replied "probably not.")

He clearly doesn't like these "Bathroom Bills" popping up in red states; bad for business, and that's always Trump's bottom line. Regardless of what he says in the lead-up to next week's Indiana primary, that probably goes for RFRAs as well. And given the milieu he's always existed in, it's hard to believe he really opposes gay marriage, either.

Trump has had the benefit of never really fleshing out what he believes about specific policies; nearly a year into his campaign, we still don't know what he'd replace Obamacare with. He is, as his longtime advisor Roger Stone says, a "big picture" guy: pro-business, pro-military, pro-America. The rest is all open to negotiation, to making the best deal.

And, as Jim Antle notes over at The Washington Examiner, that puts him pretty squarely into the vast middle of the American electorate. "The New American Center", as NBC News recently called it, is patriotic. It thinks America is the best country in the world. But it hates our political system and our elites. It doesn't like immigration or Affirmative Action or other programs explicitly designed to help minorities.

It is, in other words, Trump's natural base, at least on paper. Now, there are still plenty of reasons why someone who agrees with Trump on a whole mess of issues might still be unwilling to vote for him. But it's a mistake to assume that the man doesn't have a natural constituency outside the GOP.

There are a lot of "ifs" in all this. Trump can alienate his own base if he triangulates too much between now and Election Day. His seeming inability to set up any kind of nationwide infrastructure might alone doom him in a race with Clinton. Voters just might decide that they really do hate the guy and will do anything from seeing him become president. There are endless variables here, and Clinton should be considered the odds-on favorite for the presidency.

But that doesn't mean Trump doesn't have a chance. He does.