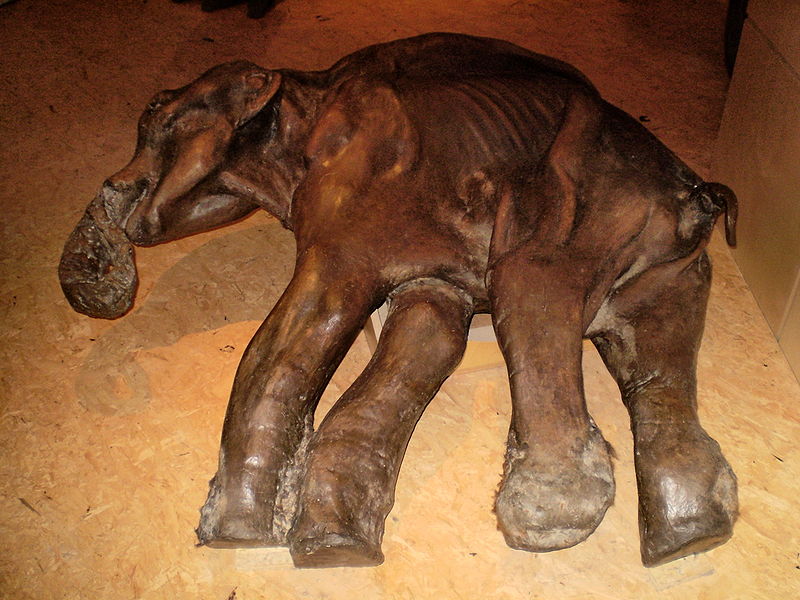 We all know that mammoth elephants had formidably thick hides, but that wasn't all the animals had at their disposal to pull through those dreadfully cold winters.

According to a new study published in Nature Genetics, the big fellas were also aided by a special sort of hemoglobin that allowed oxygen to continue moving through their immense bodies at relatively low temperatures. (Some have made the analogy to having a kind of antifreeze blood.)

That allowed the elephants to minimize heat loss by concentrating heat internally. What's more, they also didn't need to eat as much when grazing became tough since it required fewer calories to get oxygen to their tissues. That (literally) allowed their blood to run cold, according to Kevin Campbell, from the University of Manitoba in Canada, who led the research.

Campbell's team took the DNA from mammoth bones that had been preserved in the Siberian permafrost. The process involved converting the mammoth DNA sequences into RNA, which were then inserted into E. coli bacteria. At that point, the BBC notes, the bacteria faithfully manufactured the mammoth protein.

"Without this genetic adaptation, woolly mammoths would lose more heat in winter, and they would have to replace that energy by eating more. In winter, there is less food around, so it was clearly a benefit to have this."

And it may very well have been what helped them survive the Ice Age.