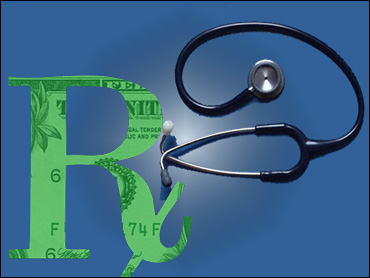 Removing cough and cold medicines for very young children from store shelves led to a big decline in emergency room visits for bad reactions to the drugs, government research found.

But the results released online Monday are a mixed bag: Some parents were still giving their infants and toddlers these medicines, and many ER cases still involved youngsters who apparently got hold of the medications themselves.

That suggests parents who stopped using them hadn't discarded old bottles or kept them out of reach after manufacturers voluntarily withdrew medicines labeled for infants and kids up to age 2 in 2007.

The bottom-line message: "Keep all medicines up and away and out of sight," said Dr. Daniel Budnitz, the study's senior author and a researcher at the Centers for Disease Control and Prevention.

The study appears in the journal Pediatrics.

Makers of over-the-counter cough and cold medicines voluntarily withdrew the products, mostly syrups, in October 2007. Pediatricians had complained that the products don't work in young kids and posed a safety risk because of accidental overdoses causing extreme drowsiness, increased heart rate and even some deaths.

CDC researchers compared nonfatal ER visits in children younger than 2 with bad reactions to cough and cold medicines in the 14 months before the withdrawal and in the 14 months afterward. A total of 63 nationally representative hospitals were involved.

Extrapolating, the number of visits nationwide linked with cough and cold medicine dropped by more than half, from 2,790 visits to 1,248, the researchers found.

However, two-thirds of the cases before and after involved kids taking medicine on their own.

Dr. Elizabeth Powell, an ER physician at Chicago's Children's Memorial Hospital, called that result disappointing but said it may have taken a while for parents to get the message "so these things aren't laying around the house."

The removal left many parents feeling helpless about relieving their children's cold symptoms. Powell said parents often bring babies with stuffy noses and other cold symptoms to the emergency room seeking help. She tells them there's little doctors can do other than suggesting parents remove excess mucous with a bulb device and try acetaminophen (Tylenol) or ibuprofen for comfort.