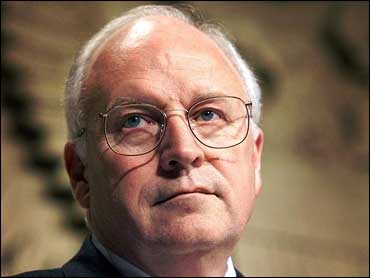 A light force was supposed to oust Saddam Hussein. But reinforcements are on the way.

Iraqis were predicted to rebel, but only a limited uprising in Basra has been reported.

Saddam's troops were going to quit easily, or withdraw to the capital. Instead, they've fought fiercely in southern cities.

As U.S. and British troops have fought Iraqis in the field, both governments have battled the perception that the war is falling short of expectations. The feeling that the war is not going well risks widening splits in the Bush administration and the Blair government.

In the United States, the tough, early going threatens to re-open the divide between so-called "hawks" — like Vice President Dick Cheney and Secretary of Defense Donald Rumsfeld — and those less enthusiastic about the war.

In Britain, polls have shown the first, slight slip in public support for the war. The British public was very skeptical about the prospect of invading, but jumped to back the war once the fighting began. The latest Mori poll shows a slight movement in the other direction, from 59 percent in favor to 54 percent.

Meanwhile, some of Prime Minister Tony Blair's Labor party members, who oppose the war, have resumed public criticism of it. Former foreign minister Robin Cook, who resigned from another position in Blair's Cabinet over the war, called the conflict so far "bloody and unnecessary."

The fact is that in 11 days U.S.-led forces have taken control of territory to the north, west and south of Baghdad and closed to within 50 miles of the capital. They've inflicted heavy casualties on the Iraqis while suffering comparatively few deaths and injuries themselves.

However, tough fighting in Basra, Umm Qasr, and an-Nasrariyah and a lack of mass surrenders or high-level defections have created the impression the war is not going well.

This might be because the U.S. and British have claimed control of all three areas, only to engage in continued heavy fighting there, and also predicted many surrenders before the shooting started.

The questions being raised do not concern the premise of the war, although no chemical or biological weapons have been found, and there is skepticism in the State Department over the president's hopes that unseating Saddam will lead to more democracy in the region.

Instead, the criticism is about strategy: Whether the size and nature of the U.S. war plan are appropriate to the task on the ground.

An additional 100,000 U.S. forces are currently being deployed to join the 290,000 coalition forces already in the Persian Gulf. The Pentagon insists the new deployment was planned months ago. But the "rolling start" of the war is what's being criticized: that there weren't enough forces on the ground to deliver a big enough first punch.

The Washington Post reported that some current and former U.S. military officers were blaming Rumsfeld for what they consider the inadequate troop strength on the ground in Iraq. They charged that civilian leaders "micromanaged" the war plan and disregarded the recommendations of military leaders.

An article in The New Yorker magazine claims that Rumsfeld rejected advice that more troops would be needed to fight a war in Iraq. The magazine says Rumsfeld insisted at least six times that the proposed number of ground troops be reduced.

"They've got no resources," a former high-level intelligence official told the author of the New Yorker piece, Seymour Hersch. "He was so focused on proving his point—that the Iraqis were going to fall apart."

"The planners are in the Central Command. They come up with their proposals and I think you'll find that if you ask anyone who's been involved in the process from the Central Command that every single thing they've requested has in fact happened," Rumsfeld told Fox News Sunday.

Rumsfeld refused to say when the fighting might cease.

"We've never had a timetable. We've always said it could days, weeks or months and we don't know. And I don't think you need a timetable," Rumsfeld said Sunday.

The Post reports some members of the more dovish wing of the GOP may use the way the war has gone to try to convince President Bush to distance himself from the Cheney faction.

One member of the dovish faction said he wanted to see "whether this president has learned something from this bum advice he has been getting."

Secretary of State Colin Powell, who pushed Mr. Bush to resist the advice of hardliners and take his case against Iraq to the United Nations, is said to back the war plan, the Post reports.

Some administration officials say media driven second-guessing of the Pentagon is not only premature, but is a help to Baghdad, which seizes on any sign of disunity in the U.S. government.