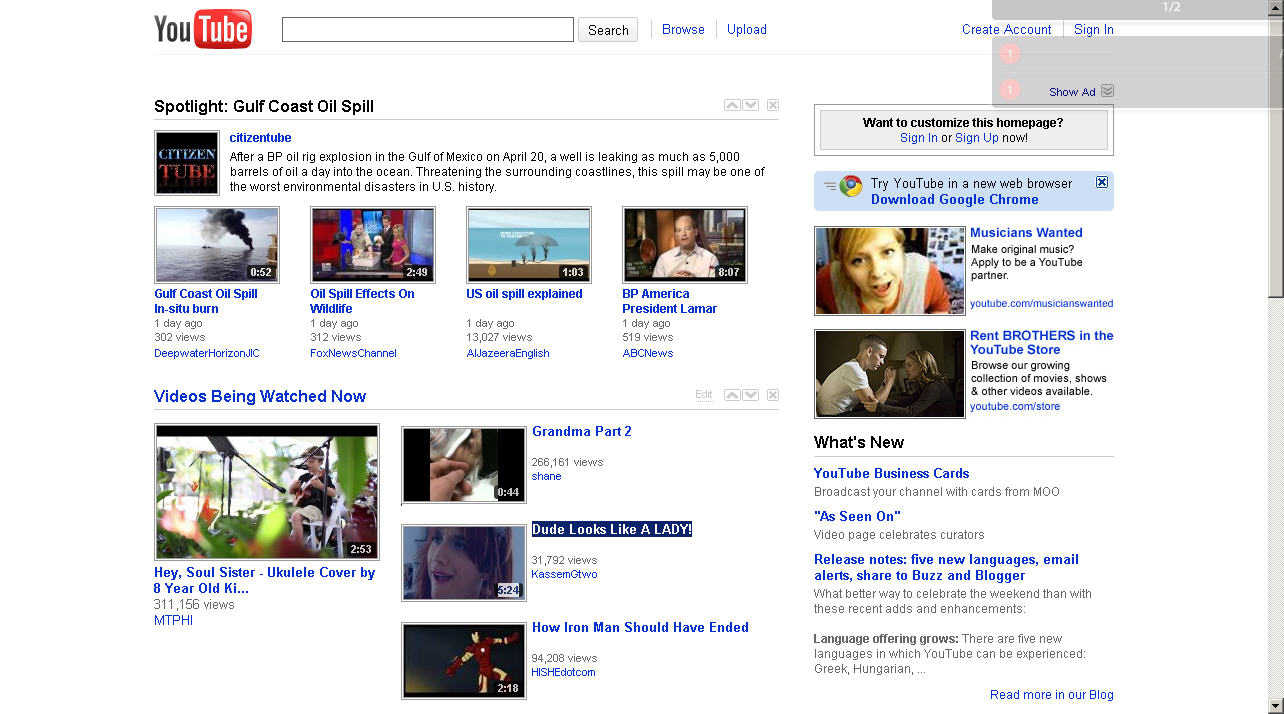 For Google, it was always a question of the short-term versus long-term payoff.

Ever since spending $1.65 billion to buy YouTube in 2001, the company brain trust has heard different variations on the same refrain: OK, you've bought yourself lots of eyeballs but when are you going to monetize all that potential?

One of the few companies that could afford to sit back and take that longer view, Google now is starting to reap results from what has been controversial - and expensive - investment. In the last year, the company says it has  ten times the number of display ad buyers for spots on YouTube than it had a year earlier. That also may help help start putting to rest the (until now, largely accurate) critique of Google's business as akin to a something of one-trick pony. Though what a pony. Here's Bloomberg's take:

As growth slows at its main business of selling ads next to search results, Google needs more revenue in other areas. Display ad sales may surpass $1 billion this year as the economy rebounds and customers spend more on marketing to raise brand awareness, said Sameet Sinha, an analyst at JMP Securities LLC.

"We are seeing brand advertisers come back," said Sinha, who is based in San Francisco. He recommends buying Google and doesn't own shares. "When the times are tough they focus more on advertising, which generates direct sales, but when things are improving they also want to get their brand name out there."

The latest ComScore estimate puts the number of videos watched on YouTube at over 13 billion in March. As always, the challenge for Google was how to translate that activity into real revenue. But in the last few years, Google has deepened its expertise in the display-ad business with the purchase of DoubleClick and Teracent. At the time, those deeps were viewed as insurance policies against the day when the search ad business might slow down. With the benefit of 20-20 hindsight, those deals also are going to come in handy, what with existing competition Google faces in the diisplay add business from the likes of Microsoft and Yahoo. Also, a new entrant - Apple. Word has leaked out that Apple may charge as much as $10 million to the first marketers participating in its new iAd advertising platform. Apropos, check out this New York Times piece on YouTube as an outlet for live sports.