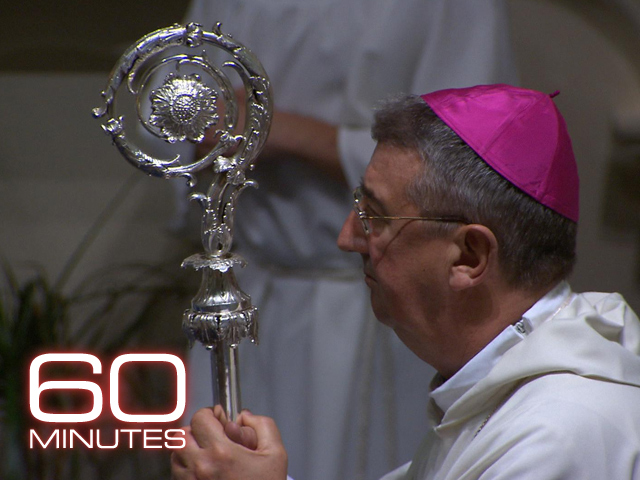 You don't have to be Irish or Catholic to appreciate the work that Archbishop Diarmuid Martin is trying to do in Ireland.

As Maureen Dowd reported in The New York Times, Martin is taking the pedophile priest crisis to heart and in doing so, setting an example for leaders facing scandal anywhere. Bishop Martin is leading what seems to be a one-man crusade on behalf of abuse victims. He listens and learns from them. His apology is backed by his advocacy for their cause.

60 Minutes: The Archbishop of Dublin challenges the Church

Ireland, as Dowd reports, may be the nation suffering most from abusive acts perpetrated by priests; one in four is said to have been abused by priests at sometime in their lives. The hierarchy's failure to own up to the crisis is harming the Church; attendance at Sunday mass in Ireland is declining. As Martin explains, "Denial will not generate confidence."

Martin is not only using his authority as a bishop to clean up the mess but he's also personally invested himself as a man of the cloth to help the survivors come to grips with the scandal, which, as Martin notes, has ruined so many lives.

Address the wrong-doing. When scandal strikes, organizations want to protect themselves. Ironically, the best they can do is come clean. Running from the problem makes it worse. Executives who run from problems, rather than confront them, only make things worse.

Let the wronged vent. When people are hurt, either from services you render or products you offer, you need to make restitution. But part of that process should involve more than an apology. In private meetings with victims, Bishop Martin encouraged the abuse survivors and their families to tell him their stories. When they spontaneously interrupted a service he was holding to air their grievances, he listened. It's not easy to hear the pain your organization has caused. But it is necessary for healing.

Be engaged. When trouble brews within your organization, it may not be enough to stand back and let others do the work. Sometimes it is necessary to put yourself into the front lines and stay there. When mistakes have hurt people, both employees and victims need to see their leader actively working to right the wrong.

That is, the leader speaks about the problem, meets with victims, and remains available to help solve the problems. One of the most moving events Martin presided over was a "Liturgy of Lament and Repentance" at a Dublin cathedral. Dowd reports: "He asked forgiveness from God and victims of abuse and praised the courage of those who had come forward. Wearing a simple black cassock, he helped wash the feet of eight victims and conceded that the church 'will always bear this wound within it.'"

A leader's physical presence as well as his personal involvement demonstrate that "business as usual" is over. When employees see those at the top actively engaged to help, not to spread blame, then they realize things just might change.

But, as Bishop Martin's example teaches, do not expect miracles. While he is heralded for his good works, his hierarchy, the Vatican in Rome, is noticeably dragging its feet, taking months to decide what to do next.

The lesson for leaders: keep engaged. You cannot control the situation but you can control how you respond to it. And sometimes that may be the only hope an organization has.