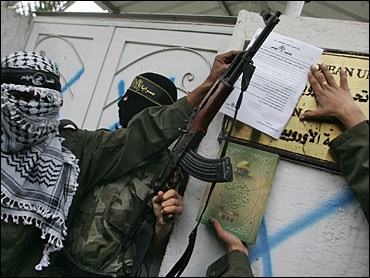 Steve Yzerman has passed so many personal milestones during his career that they usually don't excite him. Wednesday night was different.

Yzerman's goal and assist gave him 1,426 points. That's one more than Trottier, whom Yzerman admired so much growing up that he took his jersey number 19.

"Bryan Trottier was my favorite player," Yzerman said. "As soon as he came into the league I followed his entire career. In some ways I tried to play like he did. I've had the opportunity to meet him, and in my mind he is one of the best players ever."

"We all have role models, and he's mine."

Yzerman tied Trottier with an assist on Vyacheslav Kozlov's goal, the last of Detroit's four first-period goals. He then moved ahead of his hero in the last minute of the second period when he beat Blues goalie Rich Parent to complete an end-to-end rush that gave the Red Wings a 6-0 lead.

Detroit led 4-0 after one period thanks to the "Grind Line" of Kris Draper, Joe Kocur and Kirk Maltby.

Kocur scored the first two goals and Maltby had three first-period assists for the Red Wings, who have won two consecutive games after a four-game losing streak. Draper scored the third goal.

"I think as a line we had a lot of fun tonight," Kocur said "I think the last couple of weeks we've been tight, so tonight it was fun to loosen up."

Kocur hadn't scored a goal in his last 41 regular-season games, since last Dec. 31, while Draper, who also had an assist, had no points and Maltby no assists this season before Wednesday.

"The Draper line has been playing well; they just haven't been getting goals," Detroit coach Scotty Bowman said. "Tonight they got the first three when the game was on the line. That's the strength of our team -- different guys chipping in."

Kozlov's goal was his first of the season.

Larry Murphy, who assisted on Yzerman's goal, played in his 1,411th career game to tie Harry Howell for second place among defensemen. Tim Horton tops the list at 1,446.

Scott Pellerin and Jim Campbell scored third-period goals for the Blues, the only two of 28 shots to get past Detroit goalie Chris Osgood.

"They are the best team in the league, but we just gave them too much respect," said Blues defenseman Al MacInnis. "We didn't compete. If you give them some room, they're going to make you look bad, and we did tonight."

Jamie McLennan, who beat Chicago 5-2 Tuesday in his first start since replacing the injured Grant Fuhr in the St. Louis net, gave up four goals on 13 first-period shots. He was replaced in the second period by Parent, who made 16 saves.

"I'm not going to point my finger at the goaltenders because we were awful in all areas," Blues coach Joel Quenneville said.

He took a drop from Maltby and blasted a shot from inside the St. Louis line that dribbled between McLennan's legs at 6:11. Then Kocur turned a deflected pass from Maltby into another goal at 6:36.

Draper scored at 17:38 when he deflected Maltby's blast from the left point past McLennan. Kozlov scored 49 seconds later when he was left alone to McLennan's left and easily converted Yzerman's pass from the left circle.

McCarty made it 5-0 when he blasted a rebound past Parent on a power play 6:05 into the second period before Yzerman scored at 19:41.

Pellerin spoiled Osgood's shutout bid when he batted in MacInnis' rebound 5:57 into the third, and Campbell scored his first goal at 10:35.

The result left the Red Wings and Blues tied atop the Central Division with 16 points each.