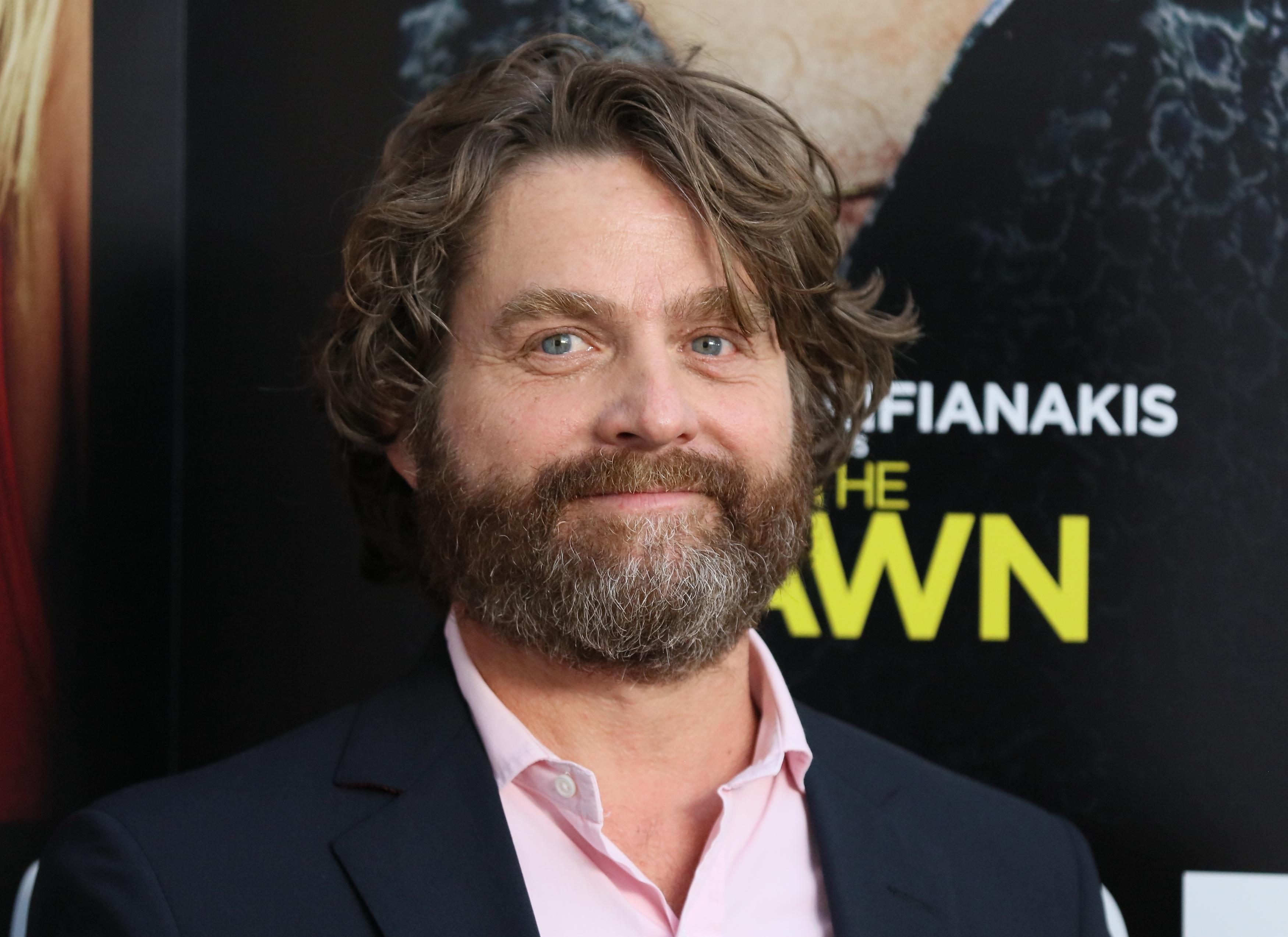 While Zach Galifianakis made headlines last week for having presidential hopeful Hillary Clinton on “Between Two Ferns,” the comedian says he has no plans to invite her opponent, Donald Trump, onto the Funny or Die talk show.

“Interview Donald Trump? I don’t know if he would get it,” Galifianakis told ET’s Sophie Schillaci at the Hollywood premiere of his new movie, “Masterminds,” on Monday. “He has, like, the mind of an 11-year-old.”

The “Hangover” star says the aspiring politician -- who hosted Saturday Night Live last November -- probably wouldn’t get the gag. “I don’t really think he would understand what’s going on,” he explained. “And plus, I would feel like it would um ...we don’t have much in common.”

Not missing a chance to make a joke, Galifianakis quipped, “I bet his breath stinks.”

Galifianakis interviewed President Barack Obama in March 2014, and ET spoke with “Between Two” Ferns director Scott Aukerman about what it was like having the commander in chief on the show.

“We shot [the episode] the way we always shoot them, where it’s very experimental and anything can kind of happen,” Aukerman explained. “[Obama is a] really funny guy. I mean we’ve had some really funny people on the show but there’s just something magnetic about him when he gets on screen ...He definitely had a lot of slams that he wanted to inflict upon Zach. He was ready. He was locked and loaded.”

Aukerman said that the Obama administration was “really hands off” about the interview, and gave the crew the creative freedom they needed to make it a hilarious episode. “They really wanted it to be like a normal episode of ‘Between Two Ferns,’ which means Zach insulting [Obama] and getting really strange,” he noted. “They fully embraced that.”