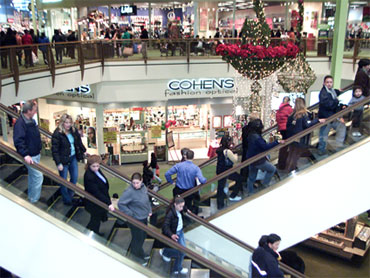 LOS ANGELES - Zsa Zsa Gabor remained hospitalized in intensive care as doctors try to stabilize her and clear an infection that developed after her recent leg amputation, her husband said.

"She's still hanging in there," he said late Tuesday. "They (doctors) are still working on her, trying to stabilize her and get her moved out of intensive care into a regular room."

Gabor hasn't recognized anyone since her leg amputation surgery last month, leading doctors to say she probably suffered a stroke, von Anhalt said. He said she was "sort of conscious."

"She doesn't know what is going on. She has no memories. It could come back but the doctor doesn't know yet," van Anhalt said.

Doctors told him the only explanation for her failed memory was that she had a small stroke during the amputation.

A hospital spokesman said because of confidentiality laws, he could not confirm or deny that she was at the hospital or give a condition update.

Gabor was released from the hospital on Jan. 22, a week after doctors removed most of her right leg because of gangrene. Gabor broke her hip and had replacement surgery in July. She had been hospitalized several times for swelling and clots before the amputation.

After the surgery, Dr. David Rigberg, associate professor of vascular surgery at the hospital, said there were no complications, but that her health was frail and she was being monitored closely.

During one hospital trip in August, Gabor was listed in critical condition and asked for a priest, but she recovered and returned home.

Gabor has used a wheelchair since she was partially paralyzed in a 2002 car accident, and she had a stroke in 2005.

A Hungarian-born sex symbol of the 1950s and 1960s, Gabor appeared in movies such as "Moulin Rouge" in 1952 and "Queen of Outer Space" in 1958. She was a regular on the television special and game show circuit, always with her trademark accent and endearment "dahling."