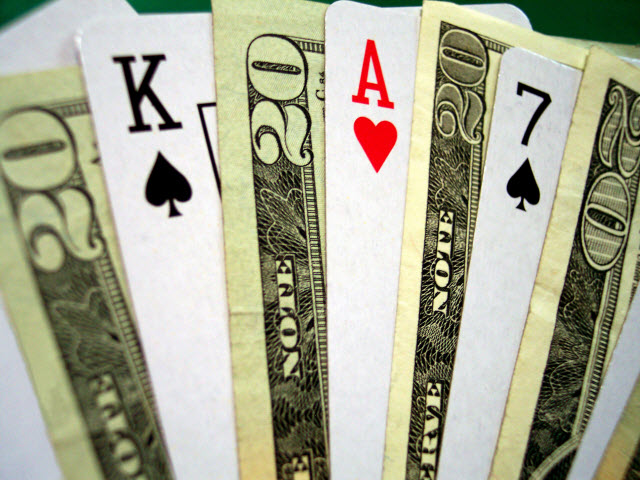 COMMENTARY Social gaming company Zynga (ZNGA) plans to gamble on its future -- literally. The company plans to enter online gambling, according to a statement it made to All Things D:

"We build games and experiences that our players want and love. Zynga Poker is the world's largest online poker game with more than 7 million people playing every day and over 30 million each month. We know from listening to our players that there's an interest in the real money gambling market. We're in active conversations with potential partners to better understand and explore this new opportunity."

Sounds innocent enough, except that it's not. Zynga is quickly looking for new ways to make money because the old ones are starting to slip out of its grasp. If it doesn't find something that works, what seemed to be the most financially robust tech IPO of 2011 may

Zynga IPO skewered on high-tech cynicism
Will Zynga's IPO produce another Apple?
Zynga IPO brings in a billion, but will it pop?

According to Sterne Agee analyst Arvind Bhatia, who notably started coverage on Zynga with a target price below the IPO price, the company has a basic problem: customer conversion. Zynga has worked by making games free and then charging people for virtual goods that help them advance.

Bloom is off the Farmville rose

It's yet another variation on a freemium play, which isn't necessarily a bad thing. But to be successful, a company must keep turning some low percentage of unpaid customers into paying ones. And Zynga is headed in the wrong direction. According to Bhatia, data from apps metrics site AppData showed that the number of daily active users dropped from 54 million to 51 million between the third and fourth quarters of 2011.

That trend seems to be continuing. According to AppData, daily average users dropped by nearly 2.3 million in the last week. Monthly average users were down by close to 2.5 million. If the number of users drops, the company will need to do one of two things: Either it has to convince paying customers to increase their spending, or it must convert more of the free players into ones who will pay.

Either one of those will be tough to pull off. In fact, Bhatia's estimate of 20 percent growth for the company assumes a 15 percent increase in the number of paying customers and then more spending by all the payers.

Gotta find another line of work

Getting higher conversion rates isn't unheard of. YouSendIt vice president of product and business strategy Brian Curry told me last fall that his company had seen conversion rates among certain groups jump by 40 percent. But that doesn't just happen. YouSendIt had to build additional services that brought more value to users.

But Zynga's pattern of decline in average users has happened despite the introduction of new titles. "In fact, currently, ZNGA appears to be generating less traffic versus a year ago despite having twice as many titles since then," Bhatia writes. A graph from his report clearly demonstrates the point.

Speculation over Zynga entering online gambling had driven the stock price up over the last week or so, but as of writing time, it was still well below the IPO price. Although a new revenue stream could do marvels for the company's fortunes, online gambling is pretty dicey.

First of all, online gambling for money isn't legal in the U.S. and it's unclear whether that status is likely to change at all in the near future. Secondly, as Bhatia notes, Zynga may not have any advantage over competitors. Many companies already in the casino and gambling business would jump on the opportunity should it present itself. Other gaming companies might as well.

Perhaps Zynga has plans to host gambling on servers in other countries in an attempt to avoid the federal and state legal issues that would seem to quickly crop up. But it still seems like a long shot and one that shows some desperation on Zynga's part.